As you all may know that April was the month Thai people counts as the beginning month of Thai New Year which we have a festival called “Songkran” or known as the water splashing festival during April 13-15 every year. 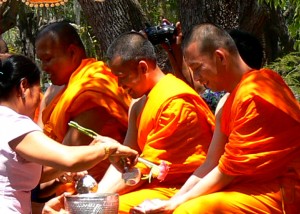 The festival is traditionally a time to visit and pay respects to elders, including family members, friends and neighbors. The throwing of water originated as a way to pay respect to people, by capturing the water after it had been poured over the Buddhas for cleansing and then using this “blessed” water to give good fortune to elders and family by gently pouring it on the shoulder.

Besides the throwing of water, people celebrating Songkran may also go to a temple to pray and give food to monks. They may also cleanse Buddha images from household shrines as well as Buddha images at temple by gently pouring water mixed with a Thai fragrance over them. It is believed that doing this will bring good luck and prosperity for the New Year.

Koh Chang in Trat province will be promoted as the first climate-friendly tourism destination in Asean when the Asean Economic Community takes effect at the end of 2015, says the Designated Areas for Sustainable Tourism 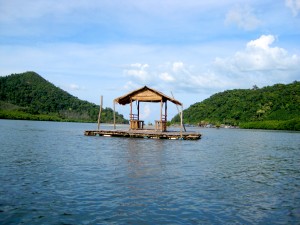 DASTA in collaboration with Deutsche Gesellschaft für Internationale Zusammenarbeit (GIZ) hopes to change the image of Koh Chang and its vicinity from a general tourism site to a low-carbon destination, said director-general Nalikatibhag Sangsnit.

Many tourists, especially Europeans, prefer to travel to climate-friendly tourism sites. Both Dasta and GIZ saw the potential of the Koh Chang cluster, including Koh Mak and Koh Kood, to be a low-carbon tourism destination.

The cluster comprises 10% mainland area while the marine area covers the three main islands and 49 smaller ones. The total area is 4,280 square metres, divided into 15 local administration units under six districts. It is located in Trat province, close to Cambodia.

In 2009, GIZ revealed the average distribution of CO2 emissions was 19.74 kilogrammes per tourist per day.

Aware of the importance of elephant conservation, the Asian Elephant Foundation of Thailand and related non-governmental organizations in 1998 proposed that there should be a special day for elephants in Thailand. The proposal was submitted to the Coordinating Subcommittee for the Conservation of Thai Elephants under the National Identity Board. The Coordination Committee decided to pick 13 March each year as Thai Elephant Day, based on the fact that the Royal Forest Department designated the white elephant as the national animal of Thailand on 13 March 1963.

In May 1998, the Cabinet approved the designation of 13 March as Thai Elephant Day every year, starting in 1999. 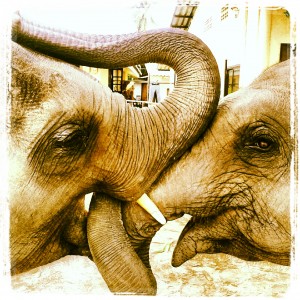 The decision was aimed at raising and sustaining public awareness of the importance of elephants. It is also designed to promote public participation in elephant preservation.

Elephants used to be found all over Thailand, domesticated over hundreds of years to live in some level of harmony with people, but these days there is less call for a working elephant. You no longer need one to ride into war – not even for a film, nor to work as beasts of burden in the forestry industry, they are no longer commonplace, an anachronism in the modern world. Good elephant camps, although not perfect, are one of the few places left where humans and elephants can work together rather than being in conflict.

Koh Chang means elephant island, (koh, island, chang, elephant). No one seems to know for sure why, there is even a crazy tale which involves an elephant swimming over from the mainland. Boringly, the name most probably refers to the island’s size, but we like the slightly more fanciful idea that it is because of the shape of the right side of the island, as you approach by ferry, squint a little and you can see the head and body of a sleeping elephant. Ignoring those that might have swum here, the rest were brought to the islands from the mainland first to work and then for the amusement of the tourists, although it is sometimes hard to see what is amusing for the tourist let alone the elephant in marching along the scrubland path by the dusty main road.